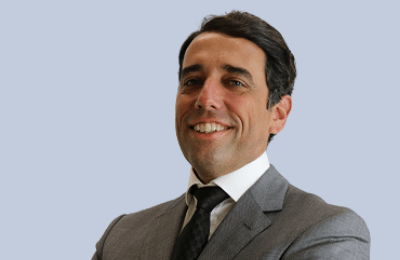 Nikolaos (Nikos) Laoutaris is a research professor at IMDEA Networks Institute of Madrid and member of the advisory board of Intellex.

Since 2001 he conducts research and innovation in a broad spectrum of areas of computer science including privacy/transparency/data protection, economics of networks and information, data science & big data, intelligent transportation, distributed systems, protocols, and network measurements.

He has an h-index of 31 and more than 4000 citations according to Google Scholar (2019), has received best paper awards at QofIS’01 (predecessor of ACM CoNEXT) and ACM IMC’18, and has given a large number of invited talks around the world. Nikolaos has participated in various European Projects such as SMOOTH and SafeDEED (Eurecat), TYPES, ReCRED and NANODATACENTERS (Telefonica), CoMIG (U. Athens) has supervised/co-supervised 5 PhD students and more than 30 interns, and has conducted extensive outreach activities with international and national press.

He is fluent in English, Spanish, and Greek.
For more details as well as for online copies of papers, talks, etc please consult: http://laoutaris.info/

We use cookies on our website to give you the most relevant experience by remembering your preferences and repeat visits. By clicking “Accept”, you consent to the use of ALL the cookies.
Cookie settingsACCEPTREJECT
Manage consent

This website uses cookies to improve your experience while you navigate through the website. Out of these, the cookies that are categorized as necessary are stored on your browser as they are essential for the working of basic functionalities of the website. We also use third-party cookies that help us analyze and understand how you use this website. These cookies will be stored in your browser only with your consent. You also have the option to opt-out of these cookies. But opting out of some of these cookies may affect your browsing experience.
Necessary Always Enabled
Necessary cookies are absolutely essential for the website to function properly. These cookies ensure basic functionalities and security features of the website, anonymously.
Functional
Functional cookies help to perform certain functionalities like sharing the content of the website on social media platforms, collect feedbacks, and other third-party features.
Performance
Performance cookies are used to understand and analyze the key performance indexes of the website which helps in delivering a better user experience for the visitors.
Analytics
Analytical cookies are used to understand how visitors interact with the website. These cookies help provide information on metrics the number of visitors, bounce rate, traffic source, etc.
Advertisement
Advertisement cookies are used to provide visitors with relevant ads and marketing campaigns. These cookies track visitors across websites and collect information to provide customized ads.
Others
Other uncategorized cookies are those that are being analyzed and have not been classified into a category as yet.
SAVE & ACCEPT