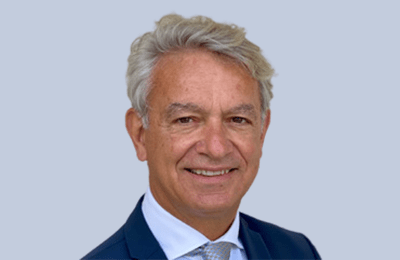 As founder and Managing Partner of Intellex, Dimitris advises SMEs and Start-ups on their IP strategy. He drafts patent applications for filing a national, EPO or PCT patent application, makes prior-art searches, gives advice on Freedom to Operate (whether a technology is freely available to be used by third parties), cooperates with Patent Attorneys and Lawyers for patent prosecution, litigation and licensing issues. He also gives a second opinion on a specific filing or on the strategic directions of the company.

In December 2018 he created and chairs the IP Commission of ICC-Greece (the International Chamber of Commerce, the biggest business organisation in the world), in which participate distinguished representatives of the IP authorities of Greece, the Industry Association (SEV), the Athens Bar Association and experienced IP-professionals. The Commission formulates a Road-map, a set of proposals aiming at developing the whole IP landscape in Greece. Since April 2017 he is also member of the Intellectual Property Commission of the ICC (International Chamber of Commerce), where he participates actively in the formulation of proposals to governments, the WIPO, the EPO, the EUIPO etc.

In June-July 2018 he bid in a tender of the Prosperity Fund of the United Kingdom to advise the National Institute of Intellectual Property (INPI) of Brazil on necessary reforms aiming at improving the efficiency of the Institute. Based on his experience and skills he won the tender and delivered a high quality and high value work, the proposals of which have already started being implemented and bearing positive results.

He also gave advice to several law firms internationally on both IP and Organisational matters. As first chairman of the 20 members Quality Committee of the European Qualifying Examination for patent attorneys (EQE) he streamlined the procedure for drafting the papers, organised quality control, advised the Examination Board on all quality related issues.

As Director at the EPO he was leading international teams composed of highly skilled professionals (patent examiners) in the field of Intellectual Property (IP). He examined, supervised and/or gave advice to more than 10.000 patent applications.

Up to his departure from the EPO he was liaison Director for Philips, the biggest applicant at the EPO and considered as the leading in-house IP team of the world.

He is also an Ethics Expert for the European Commission. As Ethics Expert he assists the European Union Institutions in the evaluation of grant applications, projects and tenders, and to provide opinions and advice in specific cases in i. Evaluation of proposals, prize applications and tenders, ii. Monitoring of actions, grant agreements, public procurement contracts, iii. Preparation, implementation and evaluation of EU programs and design of policies.

He is fluent in French, English, Greek, can work in German and Dutch and can converse in Italian, Spanish and Portuguese.

We use cookies on our website to give you the most relevant experience by remembering your preferences and repeat visits. By clicking “Accept”, you consent to the use of ALL the cookies.
Cookie settingsACCEPTREJECT
Manage consent

This website uses cookies to improve your experience while you navigate through the website. Out of these, the cookies that are categorized as necessary are stored on your browser as they are essential for the working of basic functionalities of the website. We also use third-party cookies that help us analyze and understand how you use this website. These cookies will be stored in your browser only with your consent. You also have the option to opt-out of these cookies. But opting out of some of these cookies may affect your browsing experience.
Necessary Always Enabled
Necessary cookies are absolutely essential for the website to function properly. These cookies ensure basic functionalities and security features of the website, anonymously.
Functional
Functional cookies help to perform certain functionalities like sharing the content of the website on social media platforms, collect feedbacks, and other third-party features.
Performance
Performance cookies are used to understand and analyze the key performance indexes of the website which helps in delivering a better user experience for the visitors.
Analytics
Analytical cookies are used to understand how visitors interact with the website. These cookies help provide information on metrics the number of visitors, bounce rate, traffic source, etc.
Advertisement
Advertisement cookies are used to provide visitors with relevant ads and marketing campaigns. These cookies track visitors across websites and collect information to provide customized ads.
Others
Other uncategorized cookies are those that are being analyzed and have not been classified into a category as yet.
SAVE & ACCEPT